WARNING: For those of you that happen to be middle children, understand that the following is merely a generalization, used for comparing the art of writing a series, and is by no means intended to cause offense.

Many of you already know about three months ago I FINALLY let my oldest child, Gaia's Secret, out into the world. Very soon after, I gave birth to her sister, Gaia #2.

"This should be EASY," I had preened. "This time I know the process, I've read tons of books and blogs about writing and I've practically got John Truby's Anatomy of Story memorized...heck, I've already got all the characters and the ENTIRE series outlined. What could be so difficult?"

I didn't account for the fact that Gaia #2 is a different child, entirely.

1. Birth Order Personalities (aka WHOSE CHILD IS THIS, ANYWAY?)

I mean, really, what did I do wrong? I didn't remember having so much trouble getting my first born to talk and my first born didn't incessantly fight me over word choice and sentence structure and the direction of the plot. "Time Out" wasn't working, either, in fact, Gaia #2 seemed perfectly happy sitting in that corner all by herself...not talking.

Then I found this nice little quote:
"Middle kids bemoan their fate as being ignored and often grow resentful of all the parental attention given to the oldest and the baby of the family, and feel short-shifted." - Stacy DeBroff

Which brings me to...

2. Favoritism (aka Why Can't You Be Like Your Sister?)

Okay, so your first child went out into the world and is doing just fine. People seem to like that child, and some people even take a moment to tell you how much they like that child. (Of course, not everyone likes your children - but you learn to be OK with that...sorta...)


Naturally you're drawn to the child that is more like you. "Gaia's Secret" was happy, fearless, took control. Gaia #2...not so much. She is melancholy, lonely, and has an overwhelming sense of emptiness. In fact, she sort of reminds me of Eeyore with the raincloud permanently over his head. Too much time with her, and I walk away feeling depressed, drowning in a sea of woe...

She just wanted to know that I was there for her, that I'd be patient and give her all the time and attention she needed. Once I did that, once I let her simmer there, in that empty corner, she grew bored and came around and started talking. I don't particularly like (or agree) with what she's been saying, but I listen. I try not to compare her to her predecessor and I try not to remind her of all the work her predecessor had done. I also try not to remind her of the expectation, set by Gaia #1, that would be inevitably put on Gaia #2.

Which leads me to my last point...

3. Sibling Rivalry (aka My World is Better than Your World)

It exists. Stay out of it. Make sure each has your constant support, and let them sort it out. Hopefully, given time, they'll be able to appreciate each others' differences and how those differences make them better and more complete.

And try not to make them feel like this: 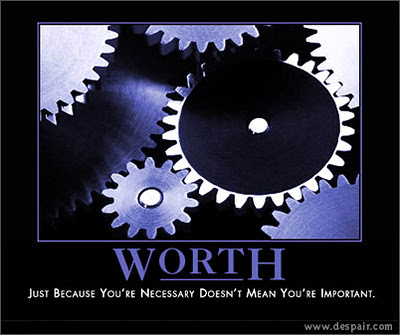 After realizing the above, handling Gaia #2 has been infinitely easier. In fact, I'm learning a lot from her and being challenged in ways I hadn't expected (like somehow keeping track of all these characters and subplots...O_O )

And for those of you that know my first born, Gaia's Secret, I want to say THANK YOU!!! You guys have been AWESOME -  leaving so many comments, giving feedback, and sharing her with friends. That support has been enabling in countless ways, and helps me better prepare Gaia #2 before sending her out into the world :)